5 Sites to Experience the Distinct Culture of Hong Kong

Hong Kong has been interacting with other countries over a long period of time through its deep natural harbor. The former British colony further maintains a separate political and economic system from China. Despite being full of malls and skyscrapers like other modern cities, Hong Kong has a distinct culture influenced by both British and Chinese. You can always make your trip different by exploring several tourist destinations of cultural and historical significance in Hong Kong. 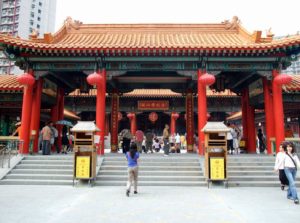 The site is officially marked as a Taoist establishment. But the local people visit Wong Tai Sin Temple regularly to pay their respect and offer prayers. Likewise, many international tourists also visit Wong Tai Sin Temple to check the Buddhist and Confucian texts, along with exploring its impressive architecture. Many tourists even love to know their fortune through a unique practice known as kau cim. The fortune teller predicts the fortune of individuals by shaking wooden sticks inscribed with oracles in a bamboo cup. 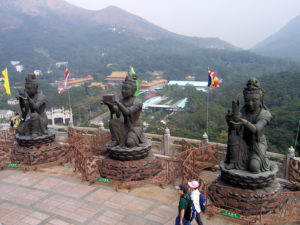 International tourists visit Lantau Island to see the 34-metres tall Buddha statue in a sitting position and made of bronze. The South China Sea and mountains in the background further enhances the aesthetic appeal of Tian Tan Buddha. At the same time, the visitors also explore the religious relics stored in the Po Lin Monastery, along with a six-tonne bell. The massive bell still rings 108 times a day. The impressive architecture of the Po Lin Monastery further keeps the tourists impressed and mesmerized. 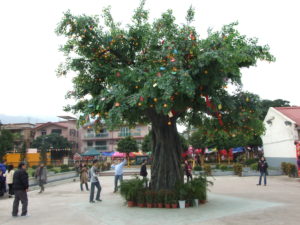 The 700-year-old community of villages is popular among both locals and tourists due to the two towering banyan trees. Earlier, local people believe that the trees have the power to bring good luck and grant their wishes. They used to write their wishes in paper, tie the paper to oranges, and then throw the oranges onto the branches of the banyan trees. The practice is recently prohibited to save the aging banyan trees. But the international tourists still visit the site to experience the unique custom, along with visiting the Tin Hau Temple which was erected during the reign of Qing dynasty in honour of the Goddess of the Sea.

Many international tourists visit Tsz Wan Court to learn and experience Chinese mythology. The murals and lifelike sculptures scattered across the temple depicts various aspects of beliefs and culture of ancient Chinese people. In addition to the 18 levels of hell in Taoist teachings, the architecture of the temple also depicts many deities and demons from ancient Chinese folktales. However, the local people still Tsz Wan Court as a centre of ancestral worshipping and a site that houses spirit tablets. 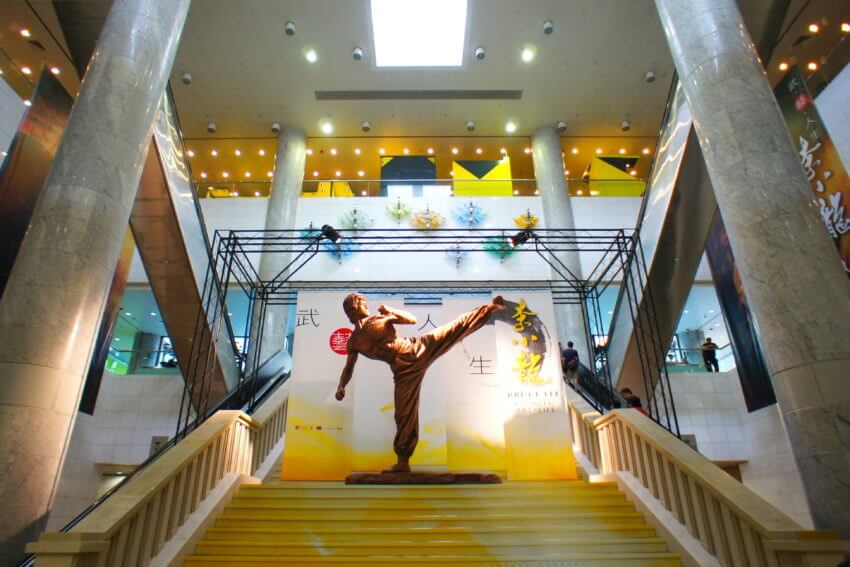 The Hong Kong Heritage Museum enables international tourists to observe a large collection of ancient artifacts associated with the history and culture of Hong Kong. The museum covering an area of 7,500-square-metre space consists of six permanent galleries. The visitors can observe the galleries to understand the history, culture and art of the regions surrounding Hong Kong. They even spend time at the Cantonese opera hall to see a unique opera hall decorated with traditional bamboo sheds.

However, you must plan your holiday appropriately to explore many popular tourist destinations in Hong Kong within a short amount of time. You can even consider availing the services of a seasoned native Hong Kong guide to explore the popular tourist sites and know their cultural and historical significance.